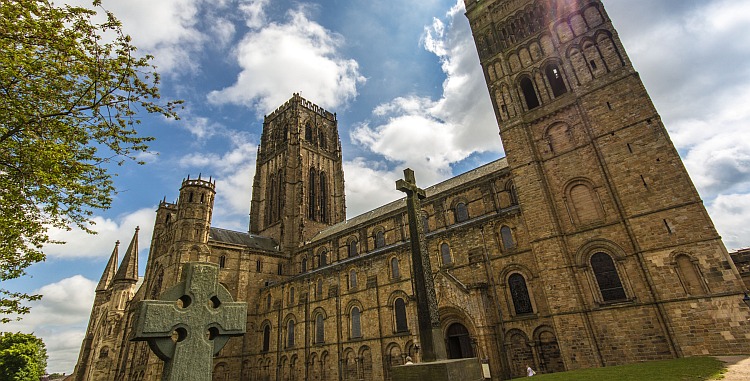 Picture medieval Durham one day in the late spring. Plays are performed in the city from dawn until dusk. An elaborate procession moves from the marketplace to the Cathedral, bearing a shrine. A special service is celebrated. In this podcast, Dr Mark Chambers resurrects a special tradition in Durham’s religious calendar.

Each year, the Cathedral celebrates the feast of Corpus Christi. This feast, celebrating the ‘Body of Christ’ represented by the bread and wine of the sacrament of Communion, has been a highlight of the Christian calendar for nearly 700 years, and is still the premier feast day following the celebration of Easter.

As well as tracing the history of the Corpus Christi plays before the reformation and highlighting evidence for them, Mark Chambers also investigates theories as to what plays were played, by whom, and how.