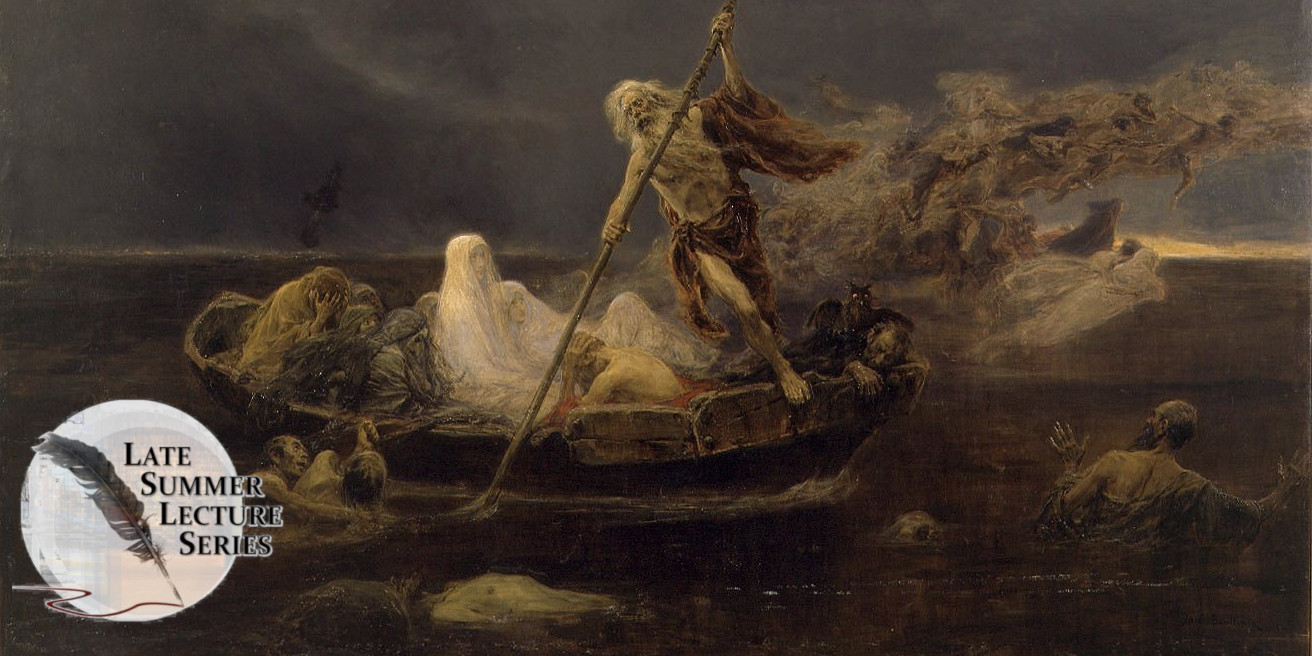 In reality death may be a one-way trip, but literature allows us to travel imaginatively to and from the afterlife, visiting the ghosts of the past, often encountering them  in that strange meeting room represented throughout Western culture as the underworld. Dr Madeleine Scherer (Warwick University) is our guide to spectral depths from classical Greece to contemporary Ireland.

Stream here or download via your favourite podcast player.

Madeleine Scherer details the reception history of the Graeco-Roman underworld as a conceptual memoryscape, both in antiquity and in its reception in the twentieth century.

Journeys to the underworld to see the dead have been popular all throughout the history of literary writing. Famous descent narratives include such varying texts as Dante’s Inferno, Joseph Conrad’s Heart of Darkness, James Joyce’s Ulysses, Wole Soyinka’s Season of Anomy, and Margaret Atwood’s The Penelopiad, and Ursula LeGuin’s Earthsea.

In his famous The Production of Space, Henri Lefebvre uses the example of the underworld to explain the creation of what he terms ‘representational spaces’, spaces ‘embodying complex symbolisms, sometimes coded, sometimes not, linked to the clandestine or underground side of social life’, ‘the dominated – and hence passively experienced – space which the imagination seeks to change and appropriate’. He begins with the description of the mundus, a pit, dust hole or public rubbish dump in the middle of ancient Roman cities which are imaginatively turned into underworld-like spaces, whereby the Romans were able to incorporate what Lefebvre terms ‘the abyss’ into their everyday lives in a ‘graspable manner’.

Inspired by readings like Lefebvre’s, Madeleine proposes that spatial embodiments of the underworld hold an inherently mnemonic significance. Since antiquity, connotations of Hades have been interwoven with real-world spaces, establishing or reinforcing the mnemonic significance of these spaces and thereby preserving links to a past that ought not to be forgotten. Conceived, perhaps, as one of the earliest memoryscapes, the underworld provides a stimulating and self-reflexive framework for an analysis of the connection between space and memory, and therein between time and place.

This podcast was recorded during our series of Late Summer Lectures 2019. Hear more from the series.