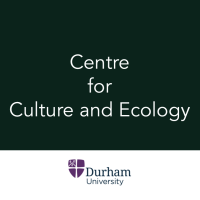 A free online public talk, by Dr Sharae Deckard (University College Dublin), and introduced by Dr Dan Grausam. The talk is part of the “Capitalism, Nature and Climate Crisis” series, organised by the Centre for Culture and Ecology.

The talk will examine water crisis in the era of climate emergency, exploring the cultural patterning and representations corresponding to the socio-ecological relations organizing the extraction, production, and consumption of water both as commodity and as energy in the neoliberal regime of the capitalist world-ecology. I will investigate how specific infrastructures of water management and hydropower are mediated in world-literary hydropoetry and hydrofiction and the ways in which they are depicted as producing path-dependence and asymmetric distribution. However, I will also explore how texts reconceive water in terms of interdependence and hydrosocial interrelation, thus countering the capitalist discourses through which flowing water is transformed into exchangeable, quantifiable commodities or forms of energy. In these, the contradictions facing the appropriation strategies of ‘cheap water’ and ‘extreme water’ are imagined not just in terms of exhaustion of particular technics of water management, but as opportunities for resistance and transformation.

Sharae Deckard is the author of Paradise Discourse, Imperialism and Globalization (2010), and co-author with the Warwick Research Collective (WReC) of Combined and Uneven Development: Towards a New Theory of World-Literature (2015). She is co-editor of Marxism, Postcolonial Theory, and the Future of Critique: Critical Engagements with Benita Parry (2018); a special issue of Ariel on “Towards a Radical World Literature: Experimental Writing in a Globalizing World” (2016) ; a special issue of The Journal of World-Systems Research on “Ireland in the World-System” (2016; a special issue of The Journal of Postcolonial Writing on “Postcolonial Studies and World Literature.”