From the watery apocalypses of J.G. Ballard to the bleak dystopia of Cormac McCarthy’s The Road, many readers will have encountered fiction that is overtly concerned with climate crisis. However, drawing on his latest research published in our Postgraduate English journal, Alex J. Calder argues that even when seemingly not ‘about’ the environment, much of our current fiction is still surprisingly engaged with it.

Storytelling has the potential to change perspectives and the way we see our interactions in the world, and can engage with the effects of environmental crises in ways that statistical data often cannot express. For example, the viral video of a woman attempting to rescue and treat the burns of a koala caught in a wildfire has an emotional urgency that an analysis of temperatures and dry conditions underlying the recent Australian bushfire crisis doesn’t capture.

The challenges of climate change require social and cultural shifts. From the 1980s through to the Paris Agreement and beyond, the facts on climate change continue to be robust and definitive. However, this has failed to translate into widespread action to limit carbon emissions before irretrievable temperature increases (and subsequent natural disasters, freshwater and food shortages, and ecosystem collapses).

What is happening now, as seen through global protests and activism for environmental change, is a dialogue about destructive practices of human history and urgent appeals for a sustainable, greener future.

Fiction and the imaginative capacities of literature can represent and engage with these issues in new and unexpected ways in a genre called climate-change fiction, or “cli-fi”. These books often take the form of science-fiction and disaster thrillers about apocalyptic imagined worlds of environmental catastrophe. While speculative fiction about climate crises is well-known (for example, Margaret Atwood’s Oryx and Crake or Familiar Things by Hwang Sok-yong), recent works of experimental literature engage with environmental issues through their unusual textual forms. Beyond their artistic merit and formal ‘literary’ quality, these books are well worth the challenge for their unconventional ways of reframing contemporary crises.

Following the writer Amitav Ghosh’s arguments in The Great Derangement, these texts illustrate that environmental crises rupture storytelling itself and require new ways of telling stories to represent how environmental issues impact a world that is fundamentally within our own, as opposed to an alternative, universe.

Rather than presenting visions of a doomed future or apocalypse, these texts represent the precariousness of the world as we know it, but with the hope that there is still time to prevent future ecological collapse if we act with sensitivity in the present.

Most reviews of Ducks focus on the length, repetition, and difficulty of the 1000-page tome comprising the thoughts and anxieties of an Ohioan housewife in a single, ongoing sentence that is interrupted by the recurring narrative of a mountain lion and her cubs. While initially disconnected, the narrative of the lioness and the unnamed narrator begin to converge in unexpected ways in Ellmann’s masterful representation of the excess and violence that underlies the contemporary USA. With an astute knowledge of the geography and customs of Ohio and the barbarity of America’s history, Ellmann’s prolonged attention to the fears, grief, and fretting of a timid mother powerfully exposes the contradictions and cruelty at the heart of the USA. Through a quirky and idiosyncratic narrative, Ducks focalises upon the profundity of human attachments to each other and the minute interactions with animals.

The novel can provoke the reader as an appeal for compassion and mutual vulnerability in response to contemporary crises, hoping to realise a safer world and ecological mindfulness as an alternative to indifference to the slow death of the planet that Ducks beautifully laments.

Written in a style somewhere between prose and poetry, Lerner’s fiction has attracted attention for its “autofictional” blend of autobiography and fiction in a cutting-edge genre of contemporary writing. 10:04 frames the oncoming future through a narrative which reflects upon the production and materiality of the book itself. Lerner generates poetic correspondences which lead to moments of heightened awareness of the relationships between people, objects, and the environment. The text’s plot is bookended by two hurricanes, while the narrator is sensitive to how everyday events and interactions feel defamiliarized and even subdued during social and political crises.

In 10:04, Lerner contemplates the world as we know it, speculating on how contingencies of environmental crisis will fundamentally change human life. Given the fact that the world is experiencing the destructive repercussions of human history, 10:04 represents visions of the future and the damage of climate change to appeal for collective responsibility and the realisation of compassionate politics amidst the precariousness of the contemporary moment. 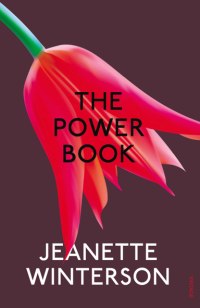 Winterson’s texts are renowned for their experimental, self-conscious techniques and The Powerbook is no exception. Published in 2000, Winterson responds to the technological optimism of the twenty-first century through a novel fixated on questions of futurity and the direction of human history.

The novel’s unconventional romantic plot is enacted through the exchange of online stories and interconnected webs of fantasy and reality. Throughout The Powerbook, Winterson demonstrates the ways in which people can redefine established norms of gender, sexuality, and history through storytelling. The fluidity offered by virtual storytelling in The Powerbook dissolves boundaries of established knowledge to present love and compassion as catalysts for change in alternative worlds. Winterson’s text often addresses the reader in the second-person, urging the reader to “break the narrative” and actively change how they see their world through the process of reading The Powerbook. While many readers focus on the feminist resonances of the text, Winterson portrays storytelling as a means of reinvention to foreground the importance of caring for each other and the world we live in despite the violence of the past and uncertainty of the future.

Another hybrid of poetic and prose styles, Lanny is an unconventional blend of fable and experimental prose about a young boy and a community in rural England. The story shifts between the voices of Lanny’s parents, neighbours, and the mysterious Dead Papa Toothwart – a treelike figure of childhood stories who collects scraps of language from the locals (which are presented in typography sprawling across the page). Lanny seems to have an affinity for nature and playful relationships to his environment, often in contrast to the people around him who are caught in structures of modern life. The twist of the story’s plot is presented through a proliferation of voices with different responses to an event that challenges the local community, redefining their disconnection from each other into a collective.

Porter’s strange and mischievous prose evokes growth and childlike imagination as responses to social division and ecological and political crises in England, prompting the reader to see the world anew as part of a collective ecosystem that values play, multiplicity, and difference in contrast to self-centred individualism.

In his full article for Postgraduate English, Alex Calder explores two of these novels in more detail, showing how they employ an experimental form and style to reflect environmental crises. Read ‘Break the Narrative’: Metafictional Anthropocene Aesthetics in Jeanette Winterson’s ‘The Powerbook’ and Ben Lerner’s ’10:04′ for free in our open access journal.