The Trojan War is known as a man’s story: a quarrel between men over a woman, stolen from her home and spirited across the sea. But what of the other women in this story, silenced by history? What words did they speak when alone with each other, in the laundry, at the loom, when laying out the dead? Nicola Wigmore imagined these other conversations with Pat Barker, at a sellout Durham Book Festival event. 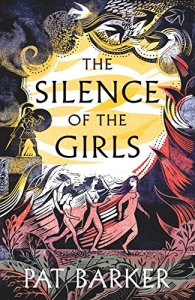 Barker opened with a reading from her new book Silence of the Girls (2018), a retelling of the Trojan War from the perspective of Briseis, the mythical queen who is central to the dispute between Achilles and Agamemnon in Homer’s Iliad. The chair, Dr Anne Whitehead, asked Barker why she thinks that so many contemporary authors are revisiting the classics (the winner of the Women’s Prize of Fiction 2018, for example, was Kamila Shamsie’s Home Fire, a contemporary reimagining of Sophocles’s Antigone). Barker identified the tendency at the end of the twentieth century to revisit the beginning of the century, and to ask: at what point did we get knocked off a course of progress? Barker believes that novelists are returning to the beginning out of awareness that we are coming to the end of something. This could be the end of a pattern of male sexual dominance, the end of literary civilisation, or even the ending of the novel  although Barker firmly believes in the endurance of the human appetite for stories, and says that humans will always tell narratives.

Of course, Barker is famous for writing the Regeneration trilogy, an examination of World War I and its deep legacy of trauma. When Whitehead asked whether Silence of the Girls is a feminist novel, Barker stated that it is no more or less a feminine novel than Regeneration. Barker believes that feminists need to focus on the stories of men: while the current news surrounding Brett Kavanaugh, for example, has been criticised for focusing on Kavanaugh, Barker argued that the focus needs to be on him to understand his story. Barker looks for the female voice rather than the female story: in the same way that there is no story of Ophelia, Princess of Denmark, only that of Hamlet, Achilles dominates Silence of the Girls. Briseis fails to make it her story, and so did Barker. As Barker wittily pointed out, there is more written about horses than women in Iliad, with the form of the epic, and its focus on heroes, being naturally hostile to women. Rather than attempting to force a female story into Iliad, Barker aims in Silence of the Girls to offer a female voice and perspective on the Trojan War.

Barker drew a number of interesting similarities between Silence of the Girls and Regeneration, that demonstrate the enduring masculinity and lack of fundamental change in warfare. The multi-layered, passionate relationship between comrades in arms remains the same. When asked if Achilles and Patroclus are lovers, Barker answered that they probably are, but their relationship transcends the sexual and becomes a fusion of identities. In Iliad, as in modern warfare, there are the lightly wounded and the glorious dead, with nothing in between – and these are the men that Barker supplies in Silence of the Girls and Regeneration. Women are the gatekeepers here between birth and death. Homer allows nobody to die anonymously in Iliad, offering a story of each man before he is slain, and the women in Silence of the Girls provide a similar service, telling childhood stories of their sons who died in adulthood, and reinforcing their vital role as mothers.

Booker Prize winner Pat Barker reads from The Silence of the Girls, a book that gives voice to the women of the Iliad: "Perhaps no kindness is possible between owner and slave, only varying degrees of brutality" #dbf18

As Barker rightly pointed out, the historical novel offers a back door into the present. The questions we ask of history will always be dictated by our present circumstances and preoccupations. The displacement of the reader into the historical setting enables them to address contemporary issues with more force. People have not yet formed opinions on these issues, and when removed from the gut reaction created by contemporary issues, they are prepared to apply the more open-minded viewing of the historical to the contemporary. The issues of gender, violence, and conflict raised by historical events, whether the mythical Trojan War of Silence of the Girls, or the First World War of Regeneration, remains relevant to the contemporary reader. With the contemporary #MeToo movement, and the contentious debate surrounding it, we continue to ask the same questions: why are women silenced? And are they heard when they do speak?

Pat Barker’s The Silence of the Girls is published by Penguin, RRP £18.99. Durham Book Festival ran from 6th to 14th October 2018.