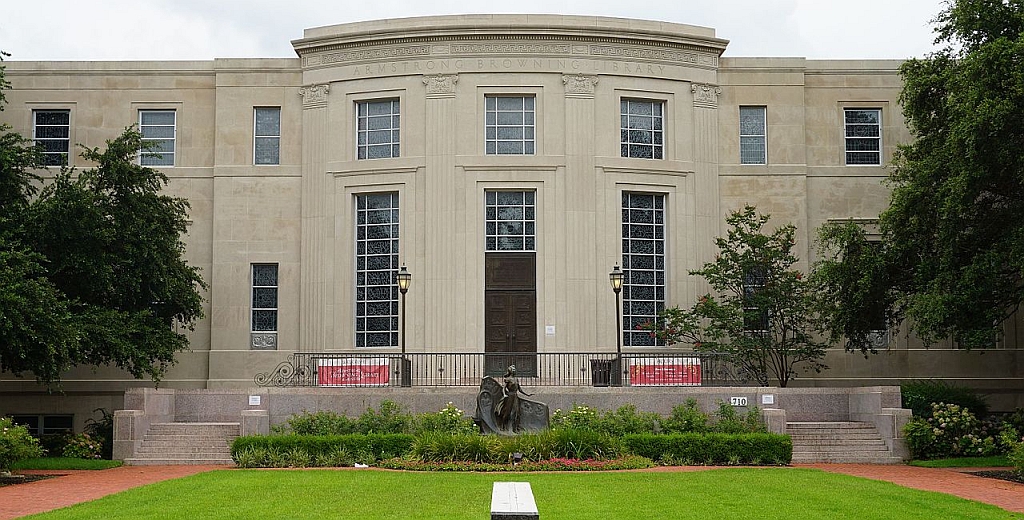 While we may popularly think of Romantic writers as being rooted in their domestic worlds, authors on both sides of the Atlantic shared their ideas with one another. Mark Sandy held a one-month Visiting Scholars Fellowship to conduct research in the Armstrong Browning Library in Texas, where the archives revealed the extensive interactions between American writers like Emerson and Thoreau, and British Romantics such as Wordsworth, Coleridge, Byron, Keats, and Shelley.

In a blog for the Library (which is based at Baylor University, Waco, Texas), Mark Sandy reflects on the building’s “unexpected charm”, with its “distinctive and beautiful wrought bronze doors, Italianate marble interiors, and iridescent stained-glass windows”. It was the collections themselves, though, that held the greatest rewards.

One focus was the correspondence between William Wordsworth and his American editor, Henry Reed, along with some unpublished letters of Wordsworth. One dated 10 June, 1834, to John Heraud, author of The Judgement of the Flood, expressed Wordsworth’s concern about his poor eyesight. This handily corroborates Emerson’s account following his first visit to Wordsworth’s home at Rydal Mount the year before.

Another valuable aspect of the collection was the range of copies of American printed nineteenth-century editions and anthologies of British Romantic writers. This demonstrated what British Romantic poets were in circulation in the United States, and thus most likely to have been read by their American counterparts.

The special relationship of ideas, which is embodied in the rich and rare collections of the Library, will inform Mark Sandy’s forthcoming book on Transatlantic Transformations of Romanticism: Aesthetics, Subjectivity, and the Environment. Discover more about what he encountered during his Fellowship at the Armstrong Browning Library and Museum blog.