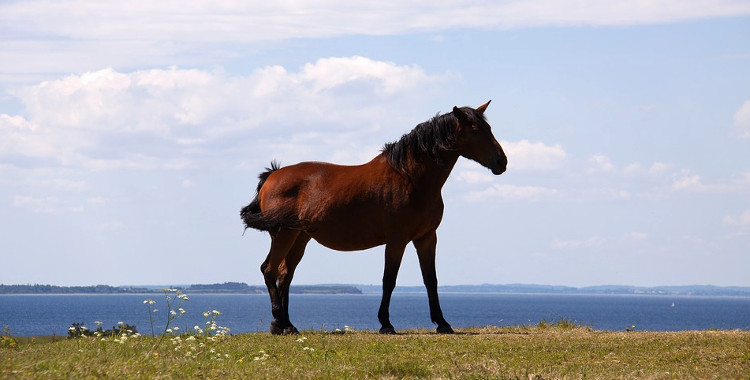 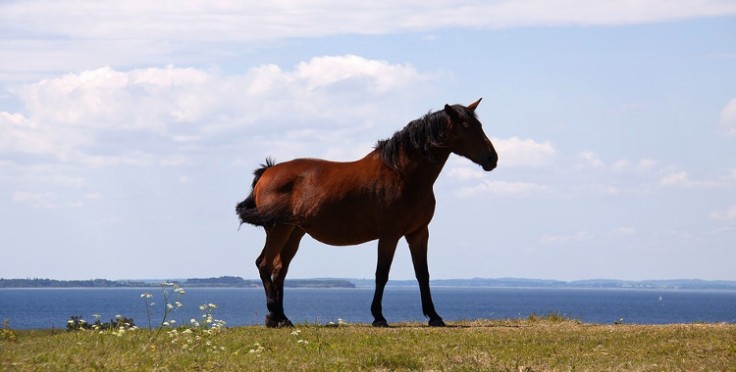 The Irish poet Martin Dyar, whose first collection, Maiden Names, was shortlisted for the prestigious Piggott Prize, came to read in Durham. Tom Bristow was there to hear a young writer pitching himself amid Ireland’s literary traditions and contemporary social dilemmas.

It might be something of a challenge for a sophisticated literary creation to appear unmade, free from the hands of humans; however, this is precisely the difficult territory that appeals to Martin Dyar. His opening poem, “In There“, clearly embodied this philosophical practice that brings something into being that did not exist before:

The swollen mare, an animate hillside dolmen,
was the warmest thing in the field.
In the rain we approached her
with the vet who would insert his arm
into the tight cave of her life,
under her tail, in there, where I imagined
tongues of Braille-flesh spoke things on his hand
that my parents paid him to translate.

The architectonics of song, binding subtle shifts in vowel sounds and gorgeous alliteration to collapse human and non-human worlds, lures the listener into a clearing: an emergent space that enables something to appear on its own terms. In Dyar’s poems it is often the deep and understated relationships between people that is mediated by an open and dynamic cultural terrain; here, the mare figured as a megalithic tomb (‘animate hillside dolmen’) portends an archaic dimension to the poetic field, while the ‘tight cave’ of life reminds us of a universal constant, a natural space for humans to enter.

This compound of the historical backdrop to and the present conditions for life – a grammar of temporality that is a feature of Dyar’s Maiden Names – is brought to mind in this poem as the eye draws back to offer a landscape-scale scene, with County Mayo weather animating the view of the ‘tolerant oracle in our inquiring midst’ and the vet’s ‘shoulder in hot equine encasement’. It is at this precise moment of observational fluidity, bleeding from one scale of representation to another, that the poem sets pathos to work. The mode moves from description to expression, the voice from man to child, and the blossoming of feelings come no longer from observation alone but from the commingling of the body in space with internal reflection:

my eight year old mind pulsed,
her mane of treacle laces, her bulbous inky eyes,
maternal in ways that made me feel safe and sad.

Ultimately, the emotional landscape explored in “In There” leads us to ‘the ocean of sympathy’ embodied not in the relationship between human and animal, but in the birth of that relationship underlined in the poetic process, which gives rise to something ‘new’ that we already knew. For Ted Hughes this comes into being when poetry and its world is felt ‘Revising its dawn inspiration / Back to the ordinary’ (“Roe-deer”); for Dyar, it is to be heard in ‘that sacred word, foal.’

In interview, Dyar has said, like Yeats before him, he ‘seeks an image, not a book’. To remind us that a lyric poem is a one-off shot at expression conditioned by temporality is to also remind us that individual works of art can be experimental on their own terms: every piece can work out its unique historical comportment to life, and register specific and nuanced affective terrain. To take this sense of craft to the question of poetry is to suggest to us that the rooms we enter when we read a poem are spaces specifically designed for each idea or feeling explored in that poem. This is not quite the same as proposing that meanings specific to the context are provided by the text, as argued by the New Critics last century, but it’s close.

Dyar examined the ‘condition of ascent’ in his PhD on the late poetry of Wallace Stevens, a poet obsessed by variation and clearly taken by the idea of one endlessly elaborating poem. In his reading at St Chad’s, Dyar confessed to working up an ‘old woman’ motif in a number of poems; however, in one of the most important Irish lyrics of this century, Dyar writes of ‘these aul’ ones, these Cathleens, these Annies in quite specific ways that remind us of the text’s contribution to contextual meaning while resisting the diminution of the poem as only one event in an array of signification.

The job they’re given is fairly simple.
Find the place,
go in for half an hour and discuss the settlement.(“Death and the Post Office”).

The fate of rural Ireland is compressed into an image of a young businessman forced into buying Post Offices in places where there is no new generation to continue the tradition; he is told to ‘calmly dismantle’ these buildings and cultural practices. The poem can be understood as silently bringing into view an external force appropriating cultural heritage in the pursuit of capital. One might imagine the conversation taking place in a London office. It can be read as an ironic critique of the spoils of an internal war most pertinent to the social and economic condition of Britain at present, as it was to Ireland last decade; the war between sustainable moral fibre on one hand and the cutthroat flat affect of globalisation on the other:

But if you’re not direct
about the job? You understand,
we’ve had to weed out the dreamers.
Immunity to stories, I find,
is the primary quality.
You don’t want to be sitting at an old table,
under a clock that strikes you
as fabulously loud.
something

“Death and the Post Office” is a new addition to the poetry syllabus for the Irish state exam, which Dyar said has led him to reflect upon the unique status of poetry on the curriculum: ‘the teaching of poetry, it is believed, largely depends upon the pleasure of its reader, more than other forms of writing.’ Alongside the ‘heresy of paraphrase’ and the ‘intentional fallacy’, New Critics warned against the ‘affective fallacy’ and emphasised the need to approach the text objectively so that it does not get lost in a multitude of subjective responses.  Dyar’s poem does not seek one response, an absolute ground from which the world’s problems can be cast into a consistent light; yet, as exemplified above, the poem does foreground the emotional manipulation (or governmental suppression) that is necessary for the machine to thrive.

If the archive-harbouring frailty
of the postmistress soothes you….

if her wit grants you the lost farm
and maternity of the world;
if these things move you …

The chief executive of despoilment’s voice breaks down as he or she attempts to clarify the terms by which the new recruit must not exercise his or her sensitivity. Authority is diminished as the process of listing what should not happen evokes the emotional worlds that inhere in things. Rather than seeking an emotional response as a critic, this poem invites us to see how feelings rise in different ways between people, how an attempt to suppress sensitivity is ruptured by the inextinguishable soul of fellow feeling that is rekindled when we speak of experiences. While the poem clearly resists nostalgia for the pastoral spaces of the country’s youth, it reminds us how vulnerable we are to the embrace of simple ways:

…a steep moment
of hospitable chat and reminiscence
might tempt you to put
your mobile phone on silent.

The slow, measured phrasing of Dyar’s lingering lyricism injects the work with sophistry ordinarily discovered in poems that perform at pace; the most prosaic moment here ‘your mobile phone on silent’ is charged by consonance: the disposition to be ‘hospitable’ is in agreement with ‘tempt’, an unwise desire leading to the paralysis of our moral being echoed in the final ‘t’ consonance of ‘silent’. Such a moment of (dis)connection registers an ascent, ‘a steep moment’. The geographical metaphor suggests an upward slope or incline: to escape the ground of our being, the compassion that we have for others sharing our common ground is to resist or feel conflicted by our footing in the same history. But it is also another form of ascent: going upward in genealogical succession.

In this satirical portrayal of modernity’s impersonality and disregard for rural lifeways, the poem seems to suggest that these are times and situations in which we must simply speak up and listen to others rather than ‘accompany / an inevitable change’. In so doing, Dyar reminds us of the necessity to register the witnessing of outsiders arriving in our communities in a number of ways, a difficulty handled so deftly in Seamus Heaney’s reworking of “Anahorish” in 2006. Heaney calls this his ‘place of the clear water’, a transparency derived from the ways that the forced integration with others brings into relief our modes of innocence and our historical practices, and how the opportunities of past and present are equally set within their environmental and economic contingencies.

Heaney’s poem is a first-person account of American soldiers arriving in his pastoral paradise in 1944. Driving through the rural settlement in South Derry, ‘Hosting for Normandy’ while the locals ‘were killing pigs’ the poem refuses to conflate the two groups, to draw out their complicity in murder. Heaney’s examination of the mystery of renewal backlit by the conditions of a menacing new world order of this century in District and Circle is echoed in Dyar’s understanding of the tampering of executives and the pressures on our daily lives from external, unaccountable and morally bankrupt forces in Maiden Names; both remind us of how important it is to discern similarity and difference and to draw from our innate capacity to resist further toxication of the human condition. Poetry, it appears, is surviving in the valley of its making.

If you want to encounter some of the best poets working today live in performance in Durham, follow the activities of the Centre for Poetry and Poetics or subscribe to our monthly events newsletter. Tom Bristow is Junior Research Fellow in English Studies, focusing on contemporary elegy.

Martin Dyar had quite the journey to be with us @StChadsDurham tonight #Ophelia 💨🌫 We're so glad that he made it – stunning, stirring poetry pic.twitter.com/wBPW9AqROk