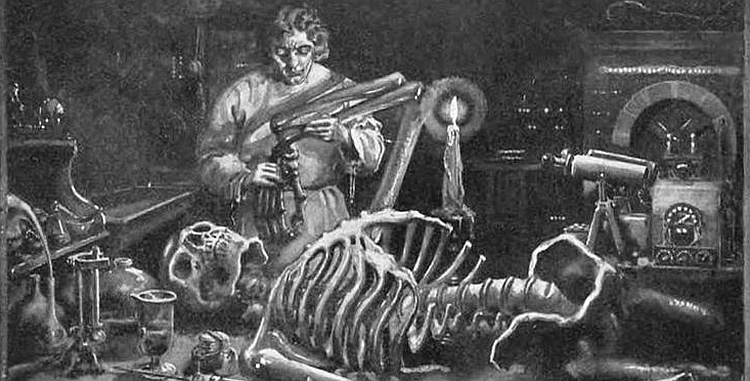 Mary Shelley’s Frankenstein presents a monstrous creature that has terrified generations of readers as the embodiment of evil. But just how monstrous is the creature really? And who is the more evil, the creature or his creator? Jon Greenaway, of the Manchester Centre for Gothic Studies discusses the theological beliefs that were prominent in Mary Shelley’s own day, and in light of them he asks us to take another look at the novel’s hideous progeny.

Mary Shelley’s Frankenstein (1818) has become deeply embedded in the textual canon of the Gothic, yet for a text that deals so closely with the ‘theological consequences of creation’ (as Mark Knight puts it), criticism on the theological elements of the text is distinctly lacking. Criticism generally falls into two separate spheres — the assessment of the creature in a social or political context or, alternatively, the creature as an embodiment of concerns around gender or the body.

Snap poll following #LateSummerLectures with @TheLitCritGuy. Can we call Frankenstein's monster truly evil if he is born that way?

This podcast, which was recorded during the series Late Summer Lectures 2016, argues for the necessity and primacy of a theological understanding of Shelley’s text. Through a theologically inflected reading of the novel, the link between ontological status, morality and aesthetics can be decentred and the vital role of community and mutual recognition in the formation of subjectivity re-emphasized. Shelley’s representation of Victor Frankenstein and his creature serves to present a supremely practical theology of person-hood and Being, and shows that, for all of the Romantic era interest in the transcendent and poetic potential of creativity, that alone will have disastrous consequences. In short, whilst the Romantics may have co-opted Milton they fatally misunderstood the vision of creativity he espoused. In the run up to the bicentenary of its writing at the Villa Diodati Frankenstein and thus the Gothic novel more generally can and must be rethought as not just a means of provoking horror or ‘the trash of the circulating libraries’ but as theological significant writing. Thus, the Gothic novel can be re-triangulated as a vital form of theologically influenced writing that provides an engagement with Christian thought that Romanticism itself cannot ultimately provide.

Listen to other lectures from Late Summer Lectures 2016, on topics ranging from science fiction apocalypse, to the stories of Saint Cuthbert.