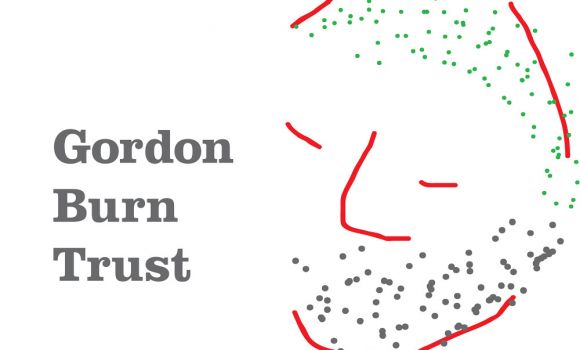 Durham Book Festival 2016 opened with the announcement of the Gordon Burn Prize for literature. Hannah Piercy was there to enjoy readings from the nominees, and to celebrate the eventual winner, David Szalay.

All of these books were moving – not just in the sense that they made us cry, although some of them did, but that we felt we were in a slightly different place in the world afterwards.

Jenn Ashworth, novelist and judge of the Gordon Burn Prize, paid a fitting tribute to the emotional depth of the books on this year’s shortlist, but also to the spirit of the prize evening more generally. The event really did feel like a celebration: of the exceptional talent of all the nominees, of Durham Book Festival, and of course, of Gordon Burn himself. Discussing the criteria outlined for works on the shortlist of the Gordon Burn Prize, this year’s eventual winner, David Szalay, summarised this as ‘books which Gordon Burn would have liked’: ‘a beautiful memorial’ to such a ground-breaking writer.

The evening also felt like a real community event, appropriately enough for a shortlist where so many of the authors were laying bare their personal traumas. There was plenty of time to chat to the other attendees over the course of the evening – beforehand over a Durham Distillery Gin and tonic, during the break in the evening around an elegant round table with complementary wine, and afterwards as we absorbed the announcement of the winner and the fascinating extracts we had all heard that evening. Having never attended this event before, the Gordon Burn Prize struck me as a perfect way to open another year for Durham Book Festival, with an impressive array of people from the local community, university students, local writing talents, and organisers all present and enjoying a delightful evening of readings, discussions, and entertainment.

After a short film about Gordon Burn and the prize held in his honour, the evening started in earnest with readings from each shortlisted candidate. Jeremy Gavron was first, delivering a beautiful testimony to his mother with an excerpt from A Woman on the Edge of Time: A Son’s Search for His Mother. Interestingly, Gavron never referred to his mother as ‘mother’ or ‘mum’ – only Hannah. I couldn’t help feeling this stemmed from the distanced nature of his relationship with her; her suicide when he was only four, he told us, was followed by a family policy of not mentioning her, a series of smoothings over done by his father for the benefit of a bereaved four year old, and a fifty year gap between her suicide and Gavron’s attempt to understand it. Gavron referred to his novel in part as a detective story, but more than anything the excerpt he read us was a memorial of lost love, almost a love that might have been – but at the same time a love that was and still powerfully is. 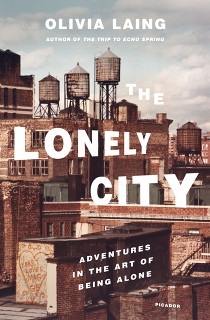 Olivia Laing followed Gavron, with a very different kind of emotional testimony from her book The Lonely City: Adventures in the Art of Being Alone. Described later by Peter Guttridge (chairing the session) as part art criticism, part memoir, Laing’s extract felt both scholarly and almost confessional, influenced perhaps by her acknowledgement that loneliness sometimes feels shameful. Her extract struck me as finding a way out of this shame, however, as she described finding an unusual empathy in loneliness via Andy Warhol’s work and life. 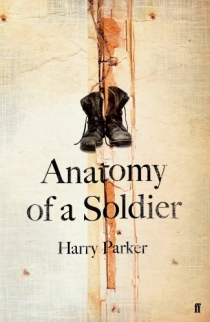 Harry Parker’s Anatomy of a Solider was a strikingly unusual project of its own, shaping a novel about warfare out of a series of narrations by objects associated with war and the life of a soldier. Drawing poignantly on his own experience on duty in Afghanistan, during which time he lost his legs in a mine blast, Parker was a calm and candid speaker, guiding us through his experience with a carefully judged yet no less powerful distance.

David Szalay, in contrast, brought a sense of dry and sarcastic humour to the evening, reading from his novel All That Man Is (Szalay was adamant during questioning that his work is a novel, despite many commentators and readers judging it a collection of short stories as the sections do not relate strongly to each other). Szalay’s reading really brought out the joy of reading aloud we experienced at this event, his rhythmic delivery and bathetic humour playing to this wonderfully.

The final nominee in attendance was Adrian Tempany, who chose not to read his work himself, but to ask Peter Guttridge to do so. His reason for doing so was soon starkly clear: the extract chosen from Tempany’s book And the Sun Shines Now dealt directly with his near fatal experience in the Hillsborough disaster. The horror of the event was laid bare to us; the room was held silent as a mouse and many, I think, were near tears hearing Tempany’s account not only of the disaster itself, but also of the police reaction to the crush in the moment. Tempany later argued that the Hillsborough disaster changed football for ever, in part because of the demonisation of the fans involved, which he sees as leading to the gentrification of a game that used to have a strong working class legacy. 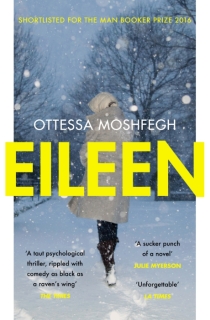 The extracts concluded with a reading from Ottessa Moshfegh’s nominated work, Eileen (Moshfegh could not be in attendance herself), a gritty, gripping novel.

After the readings, a conversation between Peter Guttridge and the writers in attendance took place, much of which dealt movingly with the often upsetting themes and traumas included in these writers’ works. Parker admitted that it is perhaps a ‘very British thing’ that he needed to convey his own experiences through a filter and the deliberate distance produced by having objects narrate each event. While dealing with trauma, several of these writers refused to say their writing process had been cathartic: Tempany suggested that, ‘it is cathartic to talk about trauma, not to write about it’, and Gavron agreed in relation to his mother’s loss and the questions his novel can never hope to answer. Tempany’s testimony was again the most moving, as he spoke passionately about the effect the Hillsborough disaster has had on his life and particularly the distortion of the fans’ testimony in the media and legal records: ‘truth is not just a political issue, it is vital to people’s mental health’.

There was also some lighter humour during the discussion, however, as Guttridge asked the nominees whether literary prizes are a good thing. The hilarity this provoked amongst the panel was excellent to see, as all confirmed that they couldn’t possibly comment on such a thing whilst waiting for the winner of this particular prize to be announced. When Szalay was hailed as the winner and went up on stage to give his speech, I’m happy to say this question was no longer left unanswered, as he said he had ‘had time to think about the question’, and had ‘decided that prizes are a good thing’! It was heartening to see, however, how many of the audience and the nominees agreed that the answer to Guttridge’s re-formed question, ‘can we compare books?’, was a resounding ‘no’. Each of these books was so different, and the evening overall was such a wonderful mixture of inspiring readings by each nominee and a great discussion led by Peter Guttridge, that it really didn’t seem as though the announcement of the winner was the single goal.

Listening to and discussing these works, it was the way that they moved us and the different place they brought each member of the audience to that felt like the real achievement of the Gordon Burn prize. To leave you again with Jenn Ashworth’s heartfelt words, spoken to Jeremy Gavron but applicable to all of the nominees, ‘thank you. Thank you for your book’.