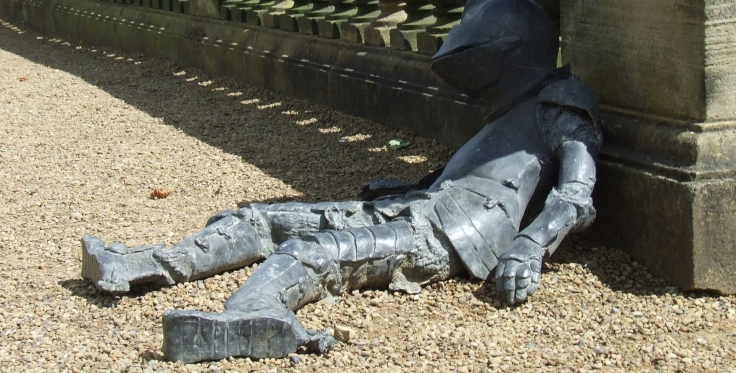 From Prime Ministerial piggate to the “trashings” of the Bullingdon Club, the media is fixated with the lewd initiation ceremonies allegedly performed by privileged members of exclusive societies. But if the tabloids had been around in the seventeenth century, they may well have been carrying similar headlines to those we see today.

Archives being explored by members of the Records of Early English Drama North East project suggest that the sight of aristocrats behaving badly is not a new one.

The Knights of the Bath were a new order created in 1616, whose 24 members were drawn from the nobility. At their swearing-in ceremony, Knights promised to act honourably, protect the oppressed, and to honour God.

Unfortunately, letters and reports from the time suggest they did not live up to these aspirations.

One Saturday after their inauguration the Knights were reportedly enjoying entertainment hosted by the Lord Mayor of London, when some became “rude and unruly” and even put various “citizens wifes to the squeake” (sexual harassment that elicited “squeaks” or shrieks), such that the sheriff was forced to intervene.

Their later meetings, too, were filled with “divers picques and quarrells.”

Becoming a Knight of Bath – like becoming a member of modern clubs such as Bullingdon – was an expensive affair. Knights had to stump up expenses running to hundreds of pounds for “apparel, fees, and gifts.” It seems that then, as now, damaging one’s reputation also required having deep pockets.

For more about the naughty Knights of Bath, including transcripts of the archival sources from which this story is taken, visit the Records of Early English Drama North -East project blog.