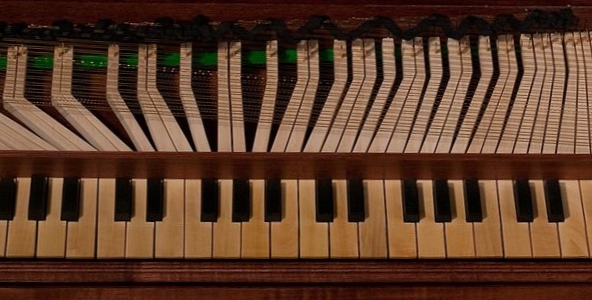 The Records of Early English Drama Northeast project unfurls its latest “Flower of the Month” – an intriguing find from the archives of the region. This month REED looks at Hull’s buzzing music scene…fifteenth-century style.

Although set to become the UK’s City of Culture in 2017, for medieval historians Hull is probably not thought of as an avant-garde cultural centre. It was established by Edward I as a trading port, and most records from the period relate to the economy rather than to music and the arts. However, Barbara Wyatt has explored archival documents from the late 1400s that suggest various, quite extravagant, musical instruments were imported and potentially used.

Shipments included lutes and lute-like strings, and relatively modern instruments such as “clavysymbelles” and “clavycordes.” To find out more about what these instruments may tell us about the region in this period, head over to the Records of Early English Drama North-East blog.

If you are interested in medieval music, performance, costume – or simply like dressing up, acting, playing music, or dancing with dragons (yes, really!) Records of Early English Drama are looking for volunteers to help with a spectacular medieval theatrical show on Durham’s Palace Green in 2016. For more details, check out The Sacred and the Profane.